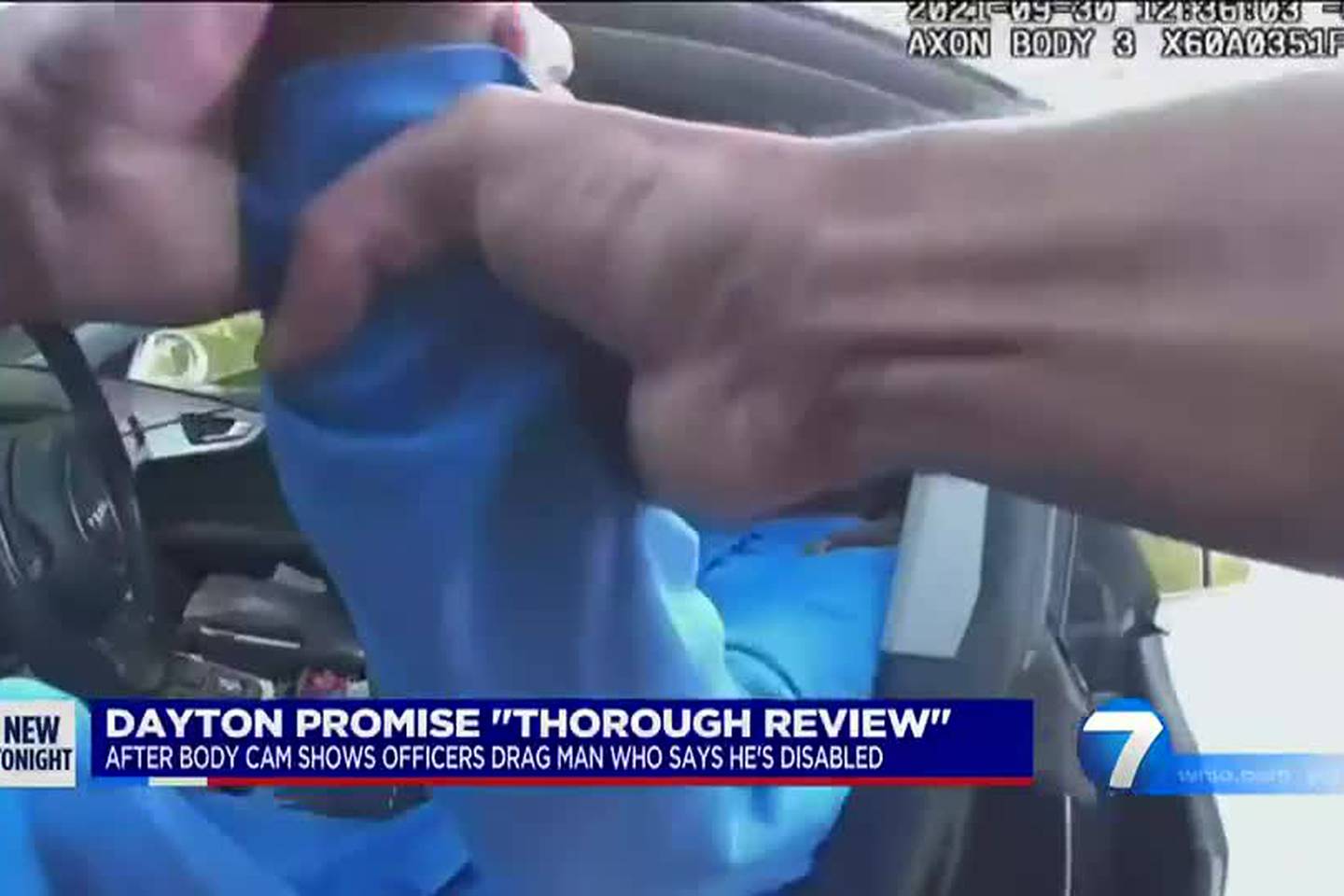 DAYTON – The acting chief of the Dayton Police Department and the Dayton City Manager promise a full review of a meeting last week where officers forcibly removed a man who said he was disabled from his car, have handcuffed and dragged him to a police car.

The case concerned a traffic stop Thursday, September 30 on Grand Avenue in Dayton.

Clifford Owensby, who told News Center 7 he couldn’t walk, said he was shopping without a wheelchair in the car.

â€œI usually get help getting in and out of the vehicle,â€ he said.

WHIO body camera images obtained through a public documents request show officers appeared to stop Owensby for a traffic stop, noting that his window tint was 20%.

Minutes after talking in a police car, the video shows an officer approaching Owensby from the driver’s side of his car and asking him to turn off the engine and get out of the car. The officer noted that a dog would need to search the vehicle, due to Owensby’s “story”. The WHIO checked and found Owensby had previously been convicted of drugs and weapons by the Montgomery County Common Plea Court.

Owensby told officers he couldn’t get out of the car.

â€œI am a paraplegic,â€ he has said repeatedly.

The officers offered to help her get out of the car on several occasions.

â€œSir, I will help you out of the vehicle,â€ a video shows, the officer said.

Video then showed Owensby appeared to be calling someone – apparently nearby – asking him to come over and bring in other witnesses to the encounter.

â€œBring cameras,â€ he said on his phone.

He then asked for a police superintendent.

â€œThat way, if they were there, they could possibly make sure that the shutdown could be done in a decent fashion,â€ he told News Center on Monday.

“Can you call your white shirt please?” Owensby is seen on video saying.

“I’ll take you out and then I’ll call the white shirt,” replied the officer. – Because you’re getting out of the car. It is not an option.

Seconds later, a video shows the two police officers pulling Owensby out of the car and forcing him down to the sidewalk. Owensby can be heard on the video calling for help and telling the officers they are harming him.

>> A teenager charged with the shooting death of his brother

Officers repeatedly told Owensby he was making the situation more difficult. Police are then seen in the video dragging him to a cruiser, where they placed him under arrest for obstructing official business and resisting arrest.

â€œI just felt like they (were) wrong doing what they (were doing) and I couldn’t believe what was happening to me,â€ Owensby said Monday.

WHIO has contacted Dayton Police and city officials for a response on the encounter.

In a statement on Monday, acting chief Matt Carper said the department’s Office of Professional Standards was investigating the incident, “to include the actions of the officers and any allegations of misconduct.” Carper said detectives had already interviewed Owensby and promised transparency to the investigation.

In her own statement, Dayton City Manager Shelley Dickstein said the department is committed “to conducting a thorough review to ensure that we are held accountable to the public.”

For his part, Owensby said he hoped to see changes after this meeting.

â€œI feel like they need to train officers to deal with people with disabilities more effectively,â€ he said. â€œTreat them with respect. “