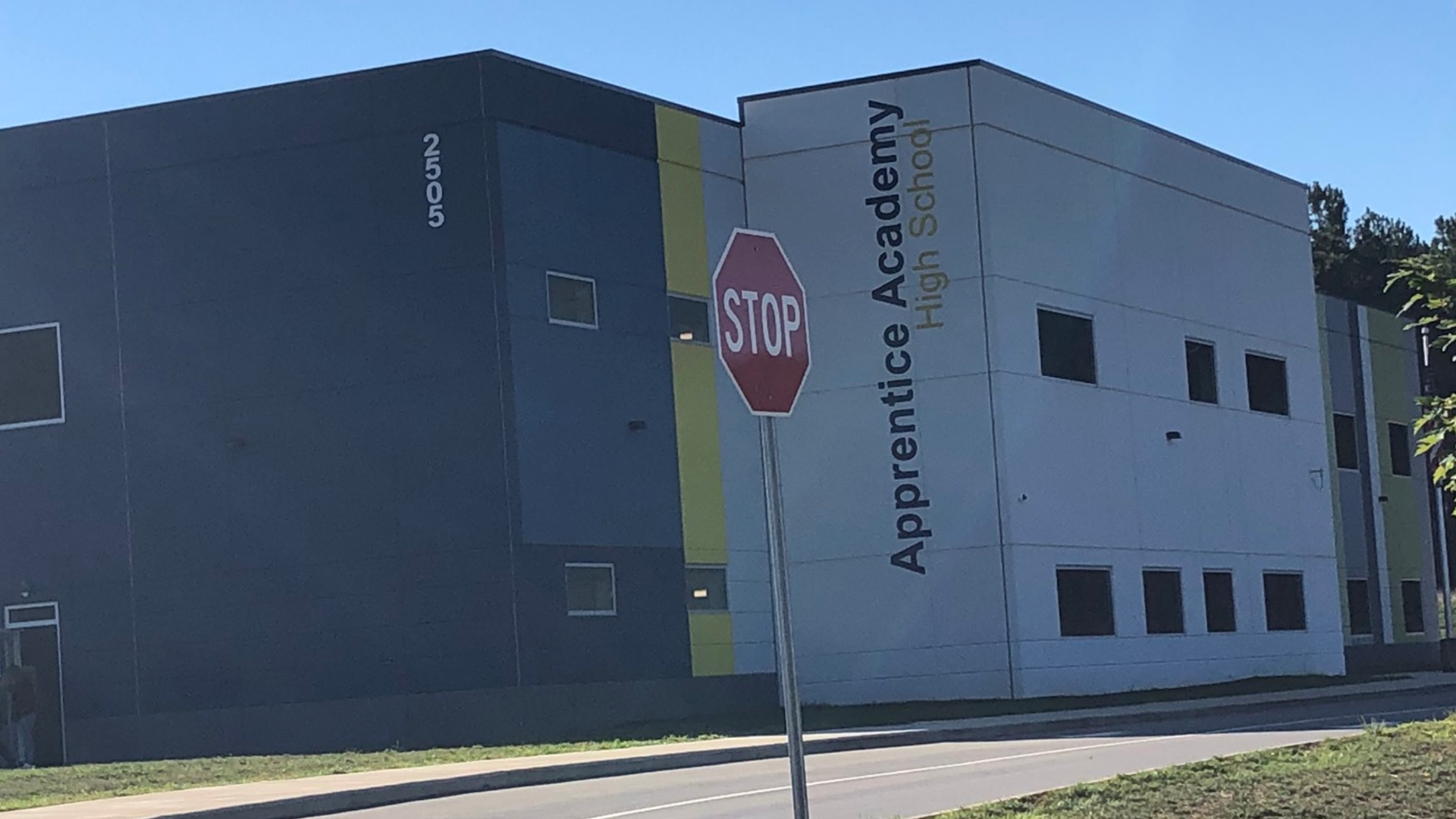 UNION COUNTY, NC – A police officer was struck by a vehicle while directing traffic at a school in Monroe on Monday morning, authorities said.

Union County officials said the incident happened around 8 a.m. at Apprentice Academy high school on Weddington Road. The off-duty officer was directing traffic near the entrance when he was struck.

#break: The scene is clear now, but earlier this morning Monroe PD said an officer on leave was shot while directing traffic outside Apprentice Academy high school. The officer was transported with non-life threatening injuries. @wsoctv pic.twitter.com/20nfYAzbWO

The officer was taken to a local hospital for non-life threatening injuries.

“Thank goodness it was none of my students, but I feel sorry for the policeman and his family and I’m sure the driver is also shaken up. I just hope everyone succeeds,” said director Barry Ross.

Ross said the traffic on Weddington Road can be a mess. That’s why about a month ago, he started hiring off-duty officers to help direct traffic in the morning and afternoon.

Monroe police have not said what caused the crash or whether the driver will be charged.

Ross said Monroe Police will continue to provide officers on leave while one of theirs recovers.

“Traffic isn’t going to clear up on 84 and / or any other road in Union County so we absolutely need it.” And it’s one of the main east-west routes in Union County, â€Ross said.

Gina Esposito, Channel 9, said she noticed there was no school zone or reduced speed limit signs. Ross said the school just moved into the building last year, so drivers may not be familiar with the increased traffic and the need to slow down.

No other details were disclosed. Check back to this story for updates.

(Watch below: Woman shot dead by CMPD officer after trying to run over her with his vehicle to face charges)

Bounce back, one business client at a time