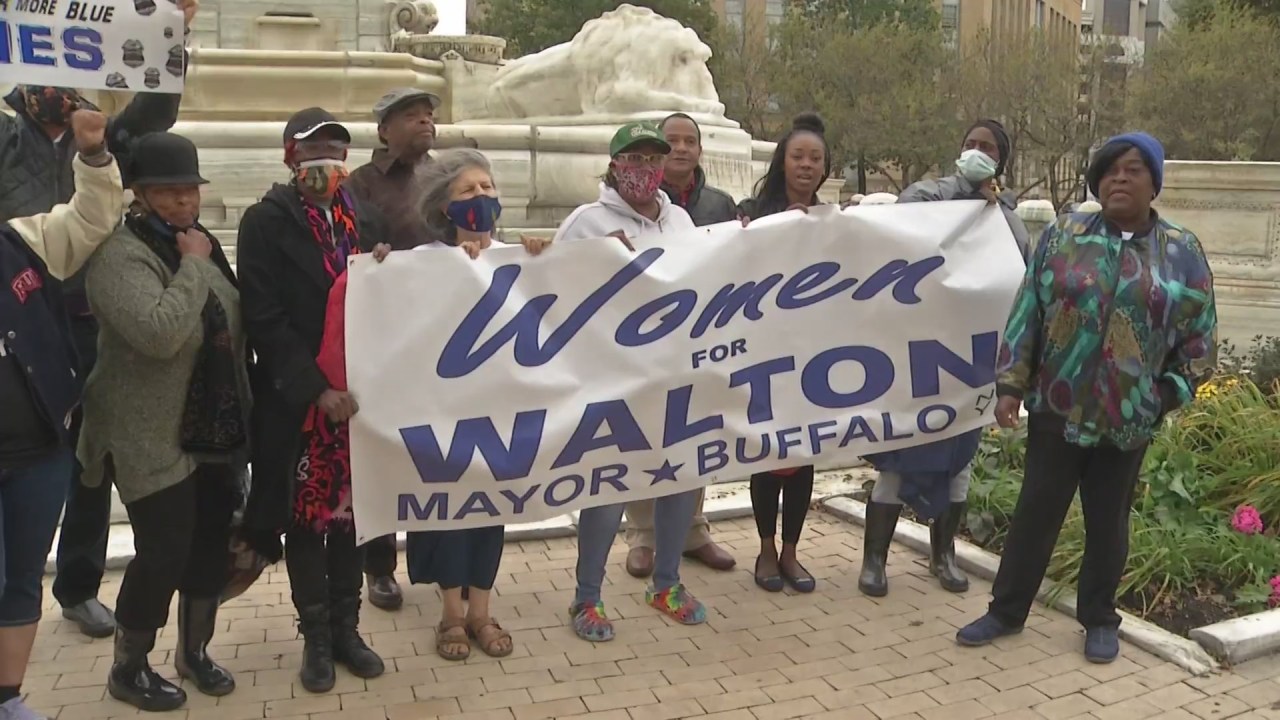 BUFFALO, NY (WIVB) – Another group is adding their voice to the Buffalo Mayor’s Race. They call themselves â€œWomen for Waltonâ€ and they oppose one of Mayor Byron Brown’s political ads.

You’ve probably seen the ad, with Buffalo Police officers claiming that Democratic candidate India Walton’s plans to reallocate funds will result in the loss of 100 of them. The newly formed women’s group claims it’s not like that and that the ad itself could break the law.

They call themselves “Women for Walton,” led by Betty Jean Grant, former member of the Common Council, county lawmaker and unsuccessful mayoral candidate.

The group says the ad is wrong and could violate federal election law governing public employees in political ads.

“The Hatch Act says that the executive branch of government, of a local, state or national agency, cannot have employees in uniform or on duty while they are doing an advertisement or a television commercial,” Betty said. Jean Grant.

The women’s group argues that Walton’s reallocation of more than $ 7 million would come through attrition – when the police leave the force, they would not be replaced.

But a spokesperson for Brown’s campaign said in a statement: â€œMs. Walton’s plan to cut $ 7.5 million in police force would result in 100 fewer officers. Ms Walton is unqualified and her ideas for law enforcement, including no jail time for violent sex offenders, would put the safety of all Buffalo residents at risk.

“I feel sorry for the officers because they are young officers and I don’t think they are aware of the way they are played,” said Justine Harris, retiree of the Buffalo Police Department.

But city officials point out that police overtime is regulated by a number of factors, including state law and the police union contract.

Betty Jean Grant told us that â€œWomen for Waltonâ€ did not intend to file a complaint based on possible violations of the Hatch Act. A spokesperson for India Walton told us the same, although he said others may take action.

Al Vaughters is an award-winning investigative journalist who has been with the News 4 team since 1994. See more of his work here. To submit a Call 4 action, click here.